I offer therapy in my office, online or over the phone to help with depression.  Therapeutic treatments in the form of depression counseling and therapy specific to depressive mood disorders have been shown to be at least as effective as pharmacological treatments in alleviating symptoms. 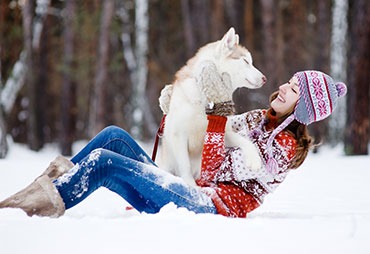 Several studies have shown that therapy in combination with medication is superior in reducing residual impairments and improving psychosocial function compared to medication alone.

Therapy does things that medication cannot, such as addressing personality traits, a major source of depression.

The link between personality traits and the first lifetime onset of clinically significant depression has been extensively studied. One of the areas where therapy can help is by addressing these traits.

A 2006 study questioned whether personality and neuroticism were predictors for becoming depressed. According to the investigators, “Personality, neuroticism in particular, was a consistent and important predictor of the onset of depressive symptoms in late life, even more important than health-related and situational factors, and aging did not affect the strength of this association.” Neuroticism is defined as an enduring tendency to experience negative emotional states.

A study at the Vrije Universiteit in Amsterdam revealed that personality characteristics such as mastery, self-efficacy, and neuroticism predict the likelihood of recovery of depression. Researchers at the University of Rochester Medical Center followed a group of 55-year-olds for 15 years and concluded that neuroticism markedly increased the risk for a first lifetime episode of clinically significant depression.

Neuroticism has a direct effect on psychological distress, contributing to a variety of psychiatric conditions. Therapy has been consistently more effective than medication in treating neuroticism. A variety of psychotherapeutic approaches are effective in treating neuroticism and other personality traits, including Psychodynamic, Cognitive Behavior Therapy (CBT), and Interpersonal Therapy. In addition, complementary and alternative therapies can be quite useful.

Interpersonal Therapy. In addition to CBT, other approaches to therapy, such as interpersonal therapy, have been equally effective in treating depression. Interpersonal therapy focuses on the behaviors and interactions a depressed patient has with family and friends. The primary goal of this therapy is to improve communication skills and increase self-esteem during a short period of time. It usually lasts three to four months and works well for depression caused by loss and grief, relationship conflicts, major life events, social isolation, or role transitions.

Psychodynamic Therapy. Therapy is based on the assumption that a person is depressed because of unresolved, generally unconscious conflicts, often stemming from childhood. The goal of this type of therapy is for the patient to understand and cope better with these feelings by talking about the experiences. Psychodynamic therapy is administered over a period of weeks to months to years.

Natural medicine and complementary and alternative therapies, such as herbs, diet, and other non-invasive therapies, is particularly appropriate in treating the underlying causes and symptoms associated with anxiety. They can be particularly helpful for people who want to avoid taking medication or want to deal with the side effects of medication.

Because I have a Ph.D. in Psychology and a Doctorate in Naturopathy, I can help you to determine what combination of methods will be best to alleviate your depression.