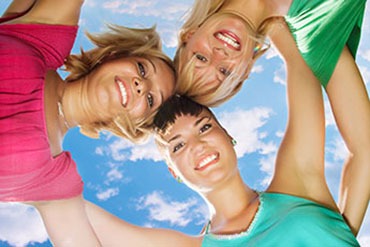 While some depressed teens appear sad, others do not. In fact, irritability – rather than depression – is frequently the predominant symptom in depressed teens.

A depressed teenager may be hostile, grumpy, or easily lose his or her temper. Unexplained aches and pains are also common symptoms of depression in young people.

Left untreated, teen depression can lead to problems at home and school, drug and alcohol abuse, self-loathing, even irreversible tragedy such as homicidal violence or suicide.

Fortunately, teenage depression can be treated effectively with depression treatment and there are many things that a concerned parent, teacher, or friend can do to help. Learning the symptoms of depression, expressing concern, and talking about the problem and offering support can go a long way toward getting a teenager the help they need.

How Common is Depression in Teens?

Around 2.5% of children in the U.S. suffer from some form of depression. Although depression is significantly more common in boys under age 10, by age 16, girls have a higher incidence.

There are many misconceptions about teen depression. Although the teen years are tough, most teens balance their problems with the help of good friendships, success in school, outside activities, and the development of a strong sense of self.

Occasional bad moods or acting out is to be expected in a teenager, but depression is something different. Depression has the potential to destroy the very essence of a teenager’s personality, causing an overwhelming sense of sadness, despair, or anger.

Signs and symptoms of teen depression:

If you’re unsure if an adolescent in your life is depressed or just being a teenager, consider how long the symptoms have been present, how severe they are, and how different the teen is acting from his or her usual self.

While some growing pains are to be expected as teenagers grapple with the challenges of growing up, dramatic, long-lasting changes in personality, mood, or behavior are red flags of a deeper problem.