Seasonal affective disorder (SAD) is a regular cycle of depression tied to the seasons.

Those with SAD tend to experience major depressive episodes during a specific time of year – usually winter – and feel okay the rest of the year.

This form depressive disorder is often related to light sensitivity, so during the winter when the length of daylight decreases, depression increases. SAD affects people with other types of depression and other psychiatric problems, such as major depressive or bipolar disorders.

There are  four common type of SAD seen in depression treatment.

The most common types of SAD are traditional winter depression and and Reverse SAD, also known as spring and summer depression.

Treatment for Fall and Winter SAD

Sometimes called “the winter blues,” the symptoms of winter-onset SAD tend to begin in the fall, peak in the winter and usually resolve in the spring. The symptoms of fall and winter SAD include:

Some people suffer from Seasonal Affective Disorder during the summer, and their symptoms go away during fall and winter. Symptoms of summer-onset SAD include: 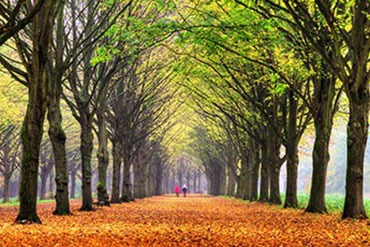 Because SAD is a cyclic, seasonal condition, the signs and symptoms usually come back and go away at the same times every year.

SAD symptoms generally appear during late fall or early winter and go away during the warmer, sunnier days of spring and summer.

However, a smaller percentage of people have the opposite pattern, developing seasonal affective disorder with the onset of spring or summer. In either case, problems may start out mild and become more severe as the season progresses. Although suicidal ideation occurs less frequently in patients with SAD than in those with nonseasonal depression, it can happen nonetheless.

Just as a bright sunny day can lift our mood and spirit, the short and darker days of fall and winter can have the opposite effect, making us feel sad and blue. An occasional case of the winter blues is no cause for concern, but long-lasting feelings of sadness and depression during the winter months requires evaluation.

Treatment for SAD and Major Depression

Some research suggests that SAD is a subtype of major depression and should be treated as such. People with SAD often have episodes of major depression during specific times of the year, especially in winter. It is most likely that seasonal mood changes affect far more people than realized and—like major depression—is probably underdiagnosed.

SAD is predictable in that it tends to reoccur at the same time every year in response to the change in seasons and day light. Because of this, its yearly onset can be anticipated, and sufferers can take preventative measures to avert reoccurrences.