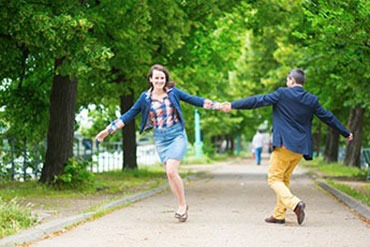 When couples have difficulties, it is sometimes because one partner is having a mental health problem. Common challenges include anxiety, addiction, attention disorders, and depression. Of these, depression may be the most prevalent.

When depression affects one partner it has an effect on the other person’s well being, the relationship, and ultimately the entire family. Nearly 15 million American adults, or about 6.7% of the U.S. population age 18 and older, is affected with depression in a given year, according to the National Institute of Mental Health.

The impact of Depression on Relationships

There has been a great deal of research in depression treatment with regards to couples and depression, and the following are some of the findings:

Depending on the extent of the depression, the depressed spouse often tunes out and gives up on life. A depressed person may sleep too much, or too little. Depressed people often stop eating much, or overeat, and may have difficulty concentrating and conversing.

Being in a couple where one of the people suffers from depression can be very difficult. When exhaustion and frustration increase the feelings can turn to anger and resentment.

Couples therapy along with medications can often be helpful. The couples that are most likely to stay together are the ones that acknowledge the problem and get help.

Most people who experience depression have a personality change for the worse. For one thing, many people with depression think that their situation is unique.

After having a gratifying and seemingly solid partnership with the usual ups and downs, they find themselves living with a problem that changes someone’s personality as well as behavior. Tenderness and support are often replaced with grumpiness and irritability; sharing for solitude; patience and reason for volatility; and good habits for bad ones.

Often the partner who is not depressed does not seek solace or advice from family, friends, or a therapist; either because they are embarrassed or they don’t think it will help. They may even be convinced that they are somehow responsible for their partner’s depression.

This can make things worse as the couple becomes isolated in self-imposed solitary confinement. Couples counseling can be helpful in breaking the negative patterns that frequently develop with depression in couples.

There is hope if couples address the depression and try to understand how it affects each partner, determine its roots, keep communication open, and get professional help.