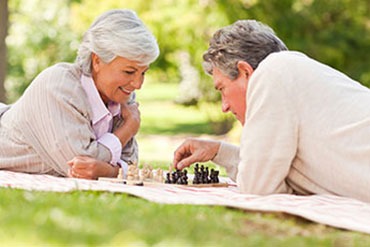 The difficult changes that many older adults face such as bereavement, loss of independence, and health problems, can lead to depression, especially in those without a strong support system. However, depression is not a normal part of aging.

Older adults tend to complain more about the physical rather than the emotional signs and symptoms of depression, and so the problem often goes unrecognized. Depression in older adults is associated with poor health, a high mortality rate, and an increased risk of suicide, so diagnosis and treatment are extremely important.

Health care professionals may miss depressive symptoms of depression in the elderly who are often reluctant to discuss feelings of hopelessness, sadness, loss of interest in normally pleasurable activities, or extremely prolonged grief after a loss, and who may complain primarily of physical symptoms.

Additionally, it may be difficult to discern a co-occurring depressive disorder in patients who present with other illnesses, such as heart disease, stroke, or cancer, which in themselves may cause depressive symptoms, or which may be treated with medications that have side effects resembling depression. If a depressive illness is diagnosed, treatment with appropriate medication and/or brief psychotherapy can help older adults manage both diseases, thus enhancing survival and quality of life.

Men must cope with several kinds of stress as they age. If they have been the primary wage earners for their families and have identified heavily with their jobs, they may feel stress upon retirement – loss of an important role, loss of self-esteem – that can lead to depression. Similarly, the loss of friends and family and the onset of other health problems can trigger depression. 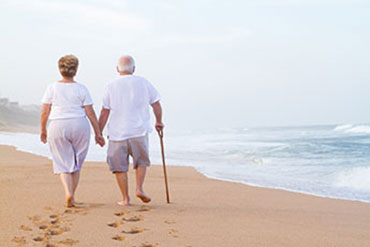 Nevertheless, most elderly people feel satisfied with their lives, and it is not “normal” for older adults to feel depressed. Depression is an illness that can be effectively treated, thereby decreasing unnecessary suffering, improving the chances for recovery from other illnesses, and prolonging productive life.

The importance of identifying and providing depression treatment in older adults is stressed by the statistics on suicide among the elderly. There is a common perception that suicide rates are highest among the young; however, it is the elderly, particularly older white males that have the highest rates.

Another factor that can aggravate depression in older women is the loss of a spouse. Wives generally outlive their husbands, and this can lead to isolation, loss of a social support system, and/or financial instability. The stresses of maintaining relationships or caring for an ill loved one and children also typically fall more heavily on women, which could contribute to higher rates of depression.

According to research, approximately 80 percent of older adults with depression improve when they receive treatment with antidepressant medication, psychotherapy, or a combination of both. Additionally, research has shown that a combination of psychotherapy and antidepressant medication is highly effective for reducing recurrences of depression among older adults.

Therapy alone has been shown to prolong periods of good health free from depression, and is particularly useful for older patients who cannot or will not take medication. Improved recognition and treatment of depression in late life can make those years more enjoyable and fulfilling for the depressed elderly person, the family, and caregivers.