Although suicide rates have declined since the introduction of selective serotonin reuptake inhibitors (SSRIs) in 1988, approximately 30 percent of patients with depression do not respond to SSRIs.

Among antidepressant medications, SSRIs have been found to be particularly effective, making them the medication of choice in most cases. However, researchers have questioned the true drug effects of this class of antidepressants, as well as others. In the past decade, three reviews of depression treatment examined a total of 105 studies on antidepressants and concluded that the drugs were no more effective than sugar pills except in the severest form of depression. This research suggests that while antidepressants can be effective, other alternatives may offer similar benefits without the side effects.

Concerns have been raised over the side effects associated with antidepressants, which include suicide, worsening of depression, and unusual changes in behavior in children, adolescents, and adults.

In the fall of 2004, the FDA instructed drug manufacturers to add black box warnings to antidepressant medications because of serious side effects, including feelings of suicidality in adolescents. A black-box warning, the most severe warning that can be placed on a drug label, is used to alert doctors and patients of potential problems.

Based on this evidence, complementary and alternative medicine (CAM) therapies, like fasting, represent a viable option for patients that are not helped by antidepressants or want to avoid the side effects of depression medication. The use of CAM therapies has gained increased acceptance, making it a feasible alternative to pharmacology. 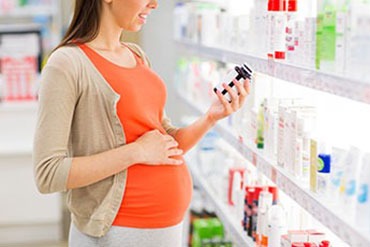 People often turn to antidepressants because they’re feeling overwhelmed and the drugs have been recommended by their doctor. This is an phenomenon unique to the U.S. whereas in Europe, physicians tend to prescribe herbs and other natural methods before prescribing medication.

I use a combination of different therapeutic approaches and natural methods to help depression. Research has shown that natural methods of treatment can be particularly effective in treating depression when combined with psychotherapy. I extensively studied these therapies while earning my Doctorate in Naturopathy.

With support, education, and modification of behaviors and lifestyle, many people enjoy long-term success. My book Healing & Wholeness: Complementary and Alternative Therapies for Mental Health explains how the powerful combination of psychotherapy and natural methods helps people to recover from depression quickly and appreciate lasting results. When medications must be used, natural therapies can often help to reduce side effects.